Big -but not so visible- charts

I am a big fan of Big Visible Charts, also referred to as Information Radiators. By radiating information using such charts everything is visible and people can use that information to act upon it. Recent observations made me realize that not all charts are visible though. Even when they are big and in your face. Currently I am working at a client that is located in the centre of Amsterdam above the old postal office. In January or early February the postal office closed. This was announced about a year ago and I remember big visible signs were on the walls and doors to point the customer to the fact it was closing; on which date and where the new postal office would be located (this was next door actually). A few weeks after it closed I started noticing that whenever I was outside grabbing some fresh air (or smoking if you wish :-)) people still came in, walked the up the stairs to find out that the postal office was closed. This happened every single day for a couple of weeks at least 3 times per cigarette. And these people were not only tourists but also knowledgeable Amsterdammers. In the first couple of weeks the only thing that changed was that the original postal office sign itself was removed. People still walked the stairs only to find out the postal office was moved. After the first couple of weeks the new owner probably got fed up with people coming up to the new store and asking directions to the postal office: A new big sign was placed in front of the door that indicated the postal office was moved. At the same time the new postal office next door placed huge banners with their logo. 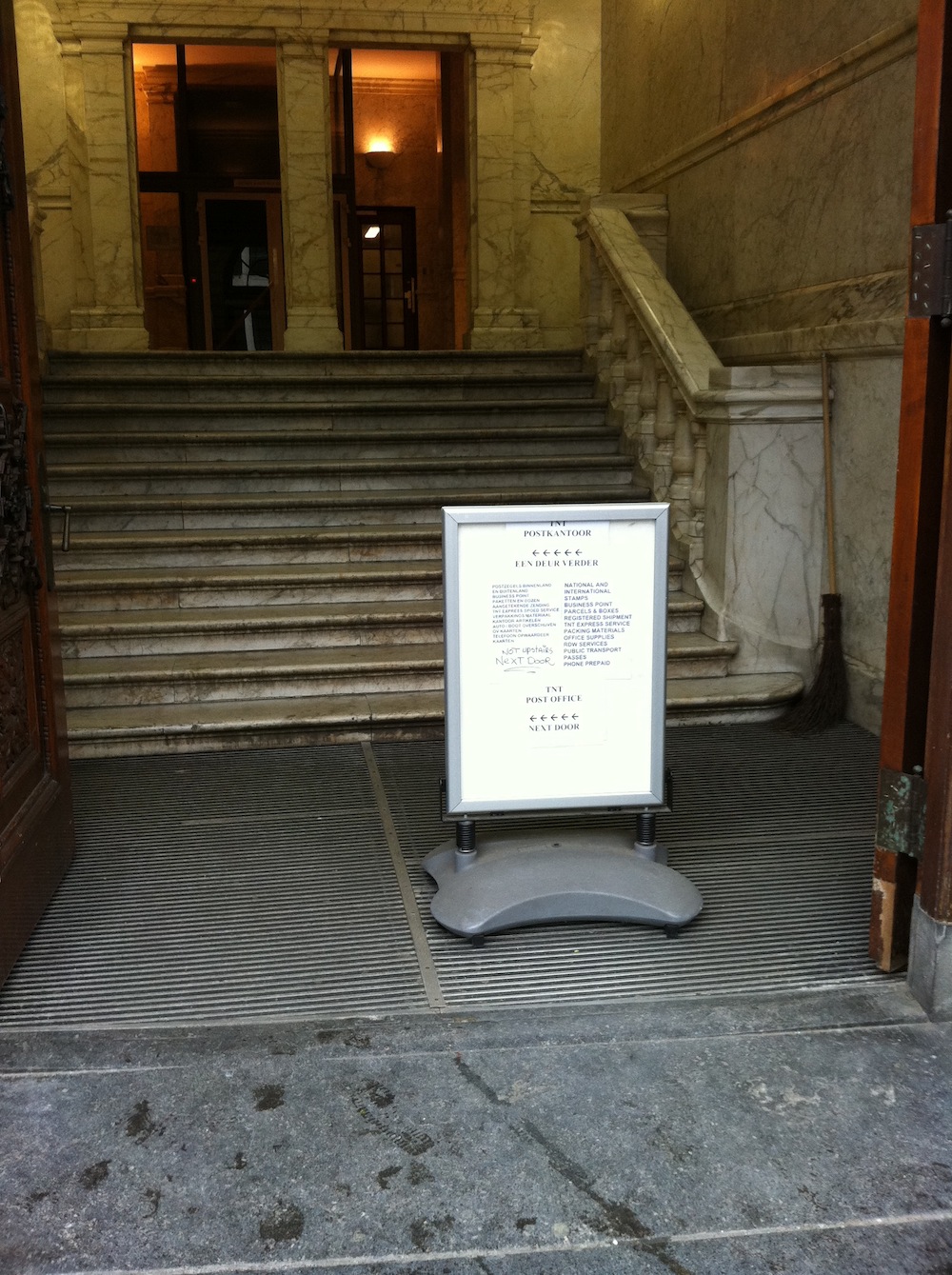 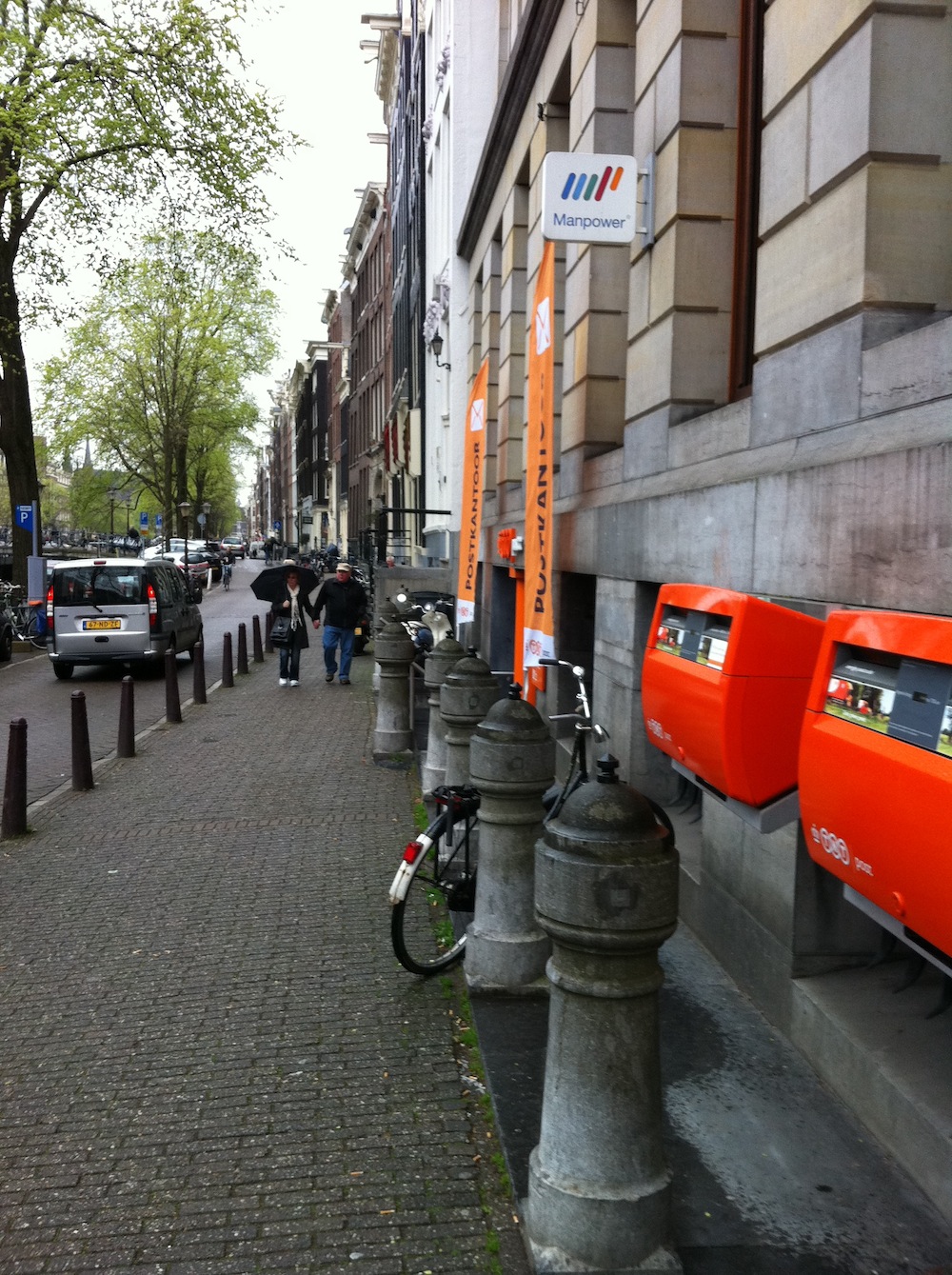 Postal office next door. So clearly these Big Visible Charts should be noticed by everyone you think right? Well wrong. While enjoying fresh air I observed some people looked at the sign but ignored it, and some people didn't even look at the sign and walked straight by it. When observing this I realized I experienced the same things in projects. Even though the information was there, it was visible and big, it was still ignored. Why did this happen? Why do people ignore this information? Here is my short analysis: Just when I wanted to blog about these findings something interesting happened. This week they replaced the sign with a newer version. To me this one is much clearer. I posted in front of the door for 4 times already and no one came up to me to ask directions for the new postal office. People stopped to read the sign and actually followed the directions. 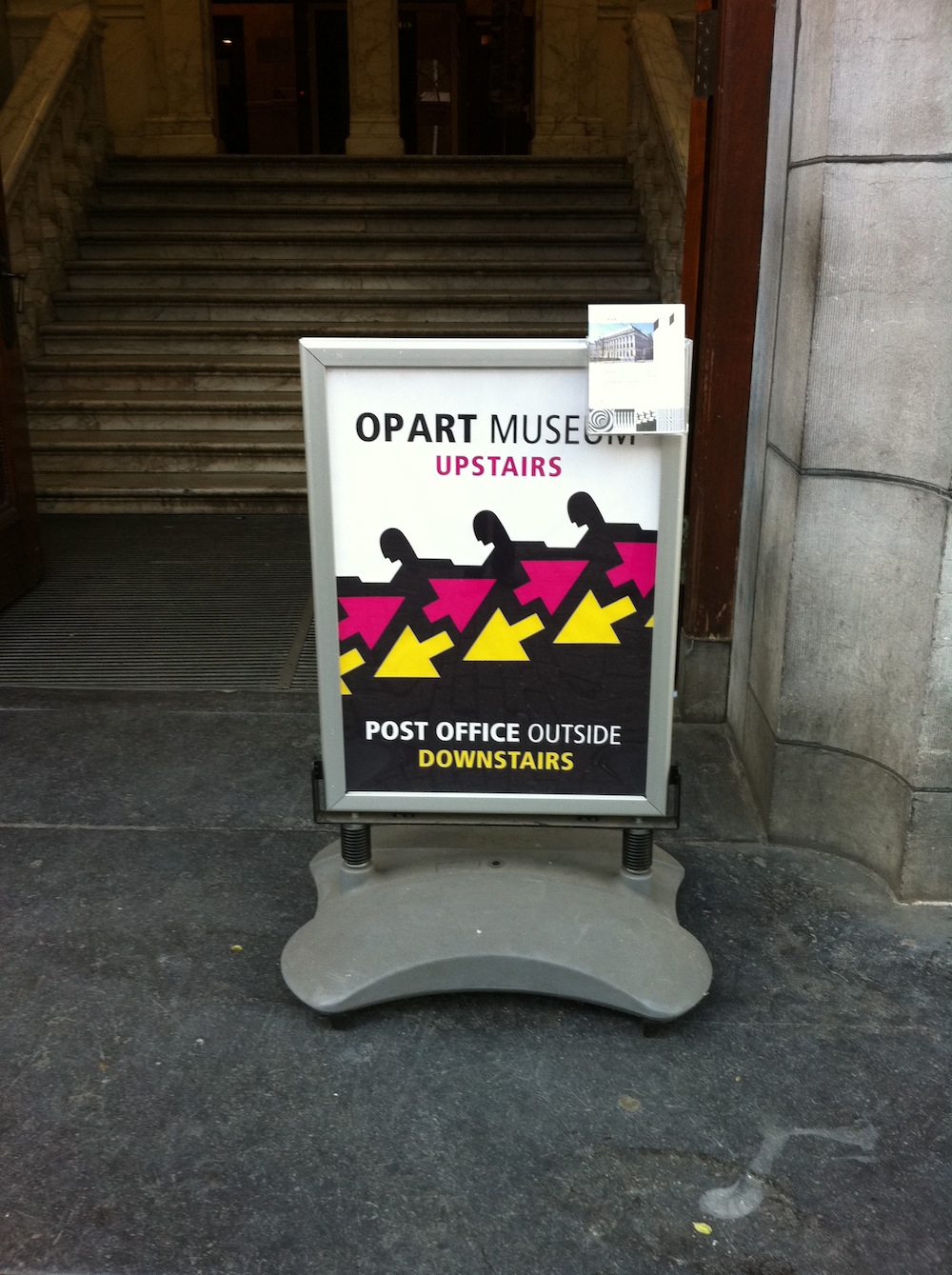 Improved sign How does this relate to my work? From time to time I experience what can happen if radiated information is not understood, not seen or misinterpreted. This goes from completely ignoring the information, to killing a project after the first sprint because the "radiated" velocity was not enough. When using Big Visible Charts we should take care on what we want to achieve by radiating this information, otherwise we might not reach the goal we want to achieve. When I started to think about this more consciously I discovered that I actually apply the following guidelines when creating these charts: What guidelines do you apply while creating Big Visible Charts?

PS: After googling I also found some studies about successful (commercial) signs, for instance: https://web1.msue.msu.edu/imp/modtd/33719792.html. This also contains stuff like color schemes and such. Do you know more?

Use Your Daily Scrum As A Success Driver